Noah Byrne is a horse racing tipster service which is perhaps not surprisingly operated by the eponymous Noah Byrne. The service is available through Tipster Street and has some very mixed results.

Either way, this is going to be a long one. With that out of the way, I want to talk a little bit about what Tipster Street have to say about the service. I have long held some admiration for the fact that this is very much an organisation that appears to be based around numbers.

However they hail Noah Byrne (the service and the person) as being able to “go from strength to strength in the coming months and years to come”. I don’t know whether or not Tipster Street know something I don’t, or that is a little out dated, because the results are a long way from strong. With this in mind, let’s jump straight into Noah Byrne (the service. Not the person).

What Does Noah Byrne Offer?

Noah Byrne is a somewhat niche tipster service in so much as Noah Byrne focuses entirely on Irish horse racing.

In fact, a testimonial for the service refers to him as seeming to know Irish racing inside out. Maybe there is an understanding of something that I don’t see, as Noah Byrne is not a daily tipster service. In fact, there are numerous periods where there are simply no selections issued to subscribers. When they are available, they are emailed out directly through Tipster Street.

The bets, whilst far from consistent, are relatively straight forward. Noah Byrne is concerned entirely with bets that are back to win with a considerable variety in terms of the odds that you will be backing at. What this means realistically is that based off almost a year of proofing from Tipster Street, those who are looking for massive winners should look elsewhere.

I think the longest shot advised was 6.0. I mentioned earlier that the proofing from Tipster Street show a service that is somewhat sporadic, I should also point out that Noah Byrne is pretty low volume with this.

There is a staking plan in place for Noah Byrne however it is important to note that Tipster Street don’t give anything away which my suggest how Noah Byrne comes to the advised stakes. These are simply sent out with the bets and involve backing a horse to the tune of 1 point or 2. There is no variation on this no any real pattern. As I want to come to, this can start to add up, even with a recommended starting bank of 100 points.

Finally, I want to talk about the strike rate, because that appears to be the most enigmatic number related to Noah Byrne. Despite some incredibly inconsistent results which have been published by Tipster Street (that I do want to return to in detail a little later), Noah Byrne has maintained the average strike rate for his service at a massively respectable 35%.  This is no small feat to achieve over the course of almost a year.

How Does Noah Byrne Work?

Unfortunately, whilst Tipster Street are very good with numbers, they are significantly less so when it comes to providing information which allows us to understand the selection process behind Noah Byrne. Honestly, we aren’t told anything at all which is a massive disappointment.

As I am always very vocal about, I firmly believe that as a punter, you should be able to make an informed decision about any service you sign up for. Whilst I can appreciate that Noah Byrne wouldn’t want to give away his selection process on principle, I do think that we should be allowed some insight.

Even looking through the proofing, there is little that I can extrapolate from the data. There is no pattern that I can discern which suggests that if there is a process, it is a complex one.

At first glance, Noah Byrne looks to represent incredible value as it is ultimately very inexpensive for a tipster service. Tipster Street are charging £9.95 per month in order to receive Noah Byrne’s selections, or alternatively, you can pay £19.95 per quarter.

On top of this, when you sign up for Noah Byrne (regardless of the length of subscription), Tipster Street will charge you just £2.49 for your first 30 days. It is worth considering that there doesn’t’ appear to be ay money back guarantee in place for Noah Byrne, and since payment for the service is handled through Paypal, there is little in the way of back up there.

Despite the sales material for Noah Byrne referring to the system as consistent in making profit. I don’t believe that this is the case at all. This is backed up by an overall points profit since the launch in November last year of just 36.92 points. 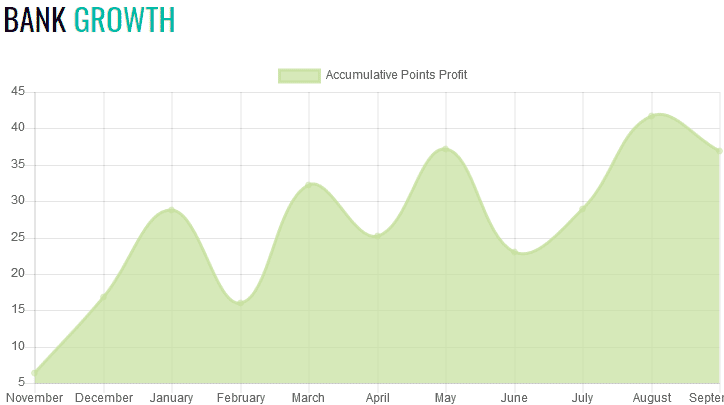 I rather wanted Noah Byrne to be a good product. Whilst Irish racing is something that is often covered by UK based tipsters to some degree or another, it remains a pretty big individual market. Furthermore, depending on who you ask, Irish racing is more open to manipulation. I don’t know how much truth there is to that, but I think that it is quite reasonable to say that Irish racing is a different beast.

What is much less subjective is the clear fact that Noah Byrne simply hasn’t performed to a standard that many would consider to be acceptable. Whilst a profit is a profit, and to some people that is enough, I do not view things in that light. Tipster Street have proofed Noah Byrne for a fair amount of time and over that there is a consistent trend of peaks and troughs.

I am not certain why this is, but it is very clear to me that you will not make a lot of money off this, if at all. Whilst I can appreciate that Noah Byrne may turn itself around, and I genuinely hope that becomes the case, I don’t see it.

All of this means that whilst Noah Byrne is one of the cheaper tipster services that I have looked at recently, it still doesn’t warrant the costs. I generally consider about £30 per month to be an average or reasonable amount for most tipster service.

For this, you I would usually expect average profits of 12-15 points per month, and there are a number of tipsters that achieve and even improve on this. Whilst this is only slightly more than treble the profit at treble the cost, a big factor is consistency. That is where the peaks and troughs that I mentioned before become so important.

With all of this in mind, I rather unfortunately cannot recommend Noah Byrne. Coming in at the right point, you could do very well out of this, but equally opposite to this, you can lose a lot as well. For me, consistency is one of the most important things a tipster can offer and this simply isn’t on offer with Noah Byrne.